This page is the brochure for your selected program. You can view the provided information for this program on this page and click on the available buttons for additional options. 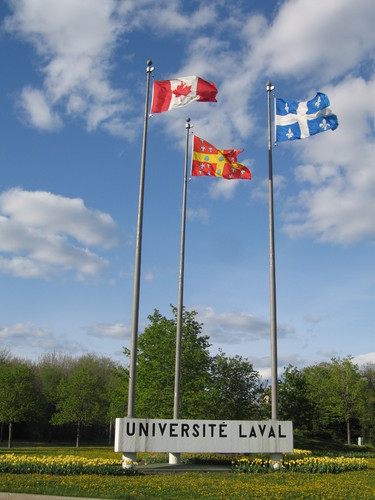 Located in the heart of Quebec's historical capital city, Université Laval is one of Canada's leading universities. Through an agreement with Université Laval, qualified SIUE undergraduate students may be nominated for a semester long  exchange placement at Laval. This program is suitable for French minors or majors with beginning to advanced level French language skills to take intensive French as a foreign language courses at the Ecole de langues de I'Universite Laval-L'ELUL (School of Languages). See complete course list and course descriptions.

L'ELUL, which finds its origins in the summer French language courses created by Universite Laval in 1938, is a fertile environment for the expression of multiculturalism in Quebec. The gate of entry for non-French-speaking students at Universite Laval, and an important place for students who want to broaden their horizons, I'EULU brings students together in its midst a considerable group of practitioners from diverse languages and cultures.

Quebec City
Known as the cradle of French civilization in North America, Quebec City is the capital of the province of Quebec and home to over 500,000 people. This historical city-the oldest in Canada and the only fortified city north of Mexico-is a UNESCO World Heritage Site. Its narrow, winding streets, the European cachet of its Latin quarter, and spectacular surroundings combine with the warmth and hospitality of its people to make it one of the most popular tourist destinations in North America. Renowned for its museums and numerous cultural events, Quebec City also affords numerous possibilities to lovers of the outdoors, with parks and natural sites such as the St. Lawrence River and the Laurentian Mountains close at hand.

Costs
Tuition: Students accepted to participate in this exchange program will pay SIUE tuition for courses taken at Laval. Students will be registered at SIUE in the French credit pre-approved by the SIUE Department of Foreign Language and Literature to correspond to the planned program of study at Laval. SIUE tuition for the SIUE credit  will be charged to the student's SIUE bursar bill. Only the SIUE information fee is charged for exchange program courses. Tuition at Laval is waived for SIUE students.